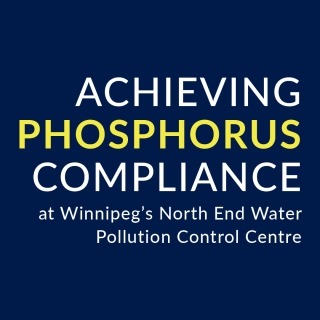 Winnipeg’s next mayor and council will make critical decisions about environmental protection for Lake Winnipeg.

In the leadup to Oct. 26’s election, together with our partners at the Lake Winnipeg Indigenous Collective (LWIC) and the International Institute for Sustainable Development (IISD), we are asking civic candidates to commit to achieving phosphorus compliance at Winnipeg’s largest sewage treatment plant. 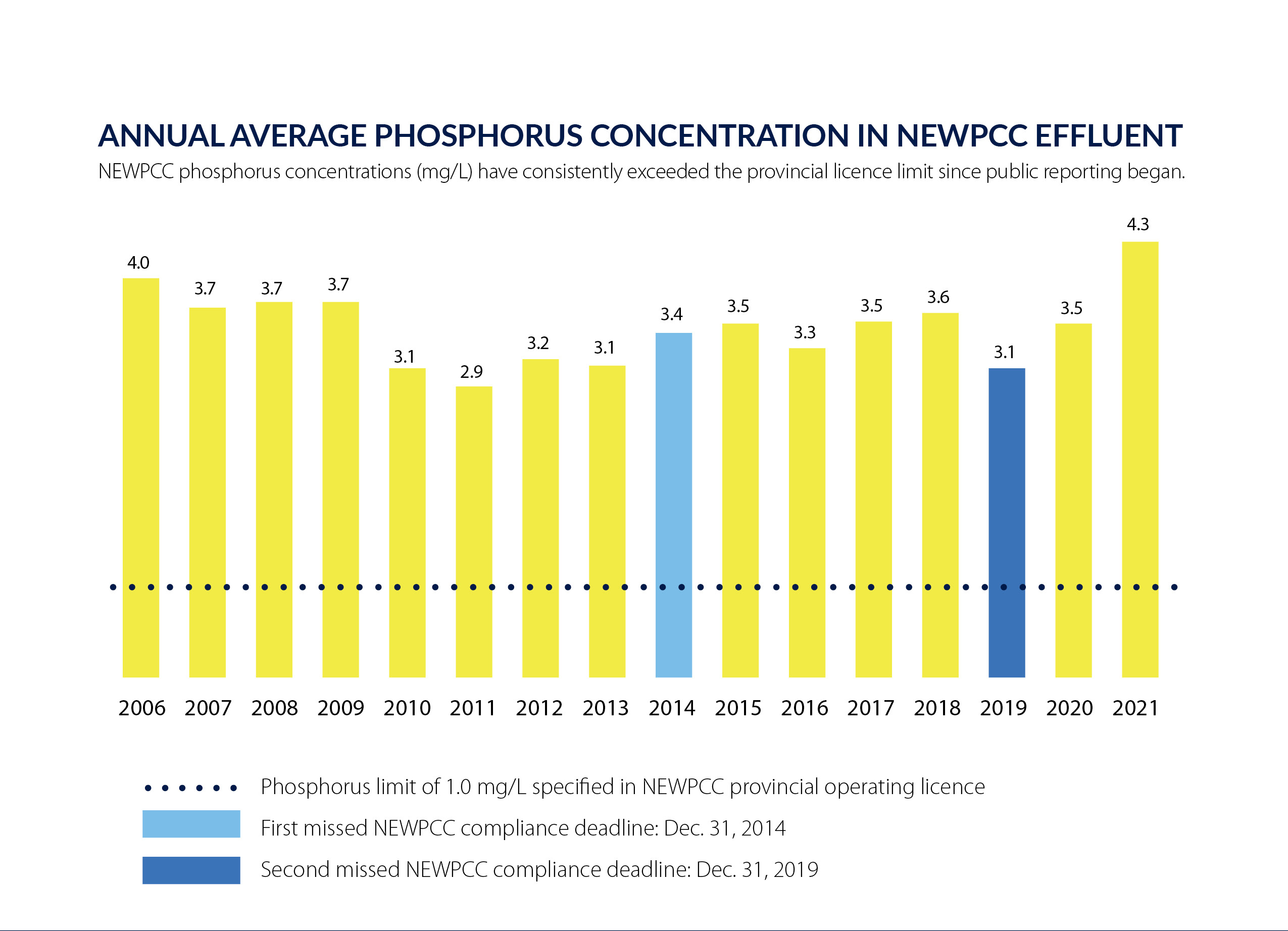 For 18 years, Winnipeg’s North End Water Pollution Control Centre (NEWPCC) has been out of compliance with the provincial phosphorus limit of 1.0 mg/L, set in its 2005 operating licence.

Until recently, phosphorus compliance was left to the third and final stage of NEWPCC upgrades. Currently unfunded, the cost of Phase 3 was pegged at $828 million in 2019.

In a new report released today, we’ve outlined a plan to drastically accelerate phosphorus compliance at NEWPCC, at much reduced cost than previously projected. This new plan integrates phosphorus compliance into Phase 2 of NEWPCC upgrades, using ferric chloride to bind to phosphorus and settle out of the liquid waste. The resulting solid waste requires increased biosolids digester capacity for effective treatment.

A new biosolids facility – Phase 2 of NEWPCC upgrades – is the city’s No. 1 infrastructure priority according to the 2020 Infrastructure Plan. In August 2022, three levels of government announced funding for this project, based on cost estimates from 2019. However, increased biosolids digester capacity – estimated in 2022 to cost an additional $130 million – was not part of the initial application, and remains unconfirmed.

Today’s report has been shared with all candidates running in Winnipeg’s election, urging them to commit to achieving phosphorus compliance at NEWPCC by 2030. In advance of the election, candidates’ responses will be shared publicly so that voters can make an informed decision. Check back before you cast your ballot! Update: all responses are now posted on our website.

With a solution now within reach, we expect Winnipeg’s next mayor and council to demonstrate leadership – and commit to accelerated phosphorus compliance at the north end treatment plant.

How you can help:

Join us in advocating for phosphorus compliance to protect Lake Winnipeg!