Reconciliation Reading Club: How to be an Antiracist 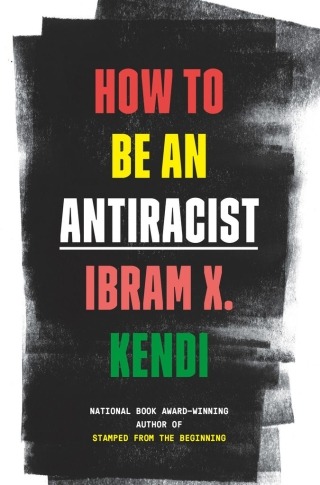 As an environmental organization working in Indigenous territories, and as treaty people, LWF recognizes our obligation to actively practise reconciliation. To us, this work must include amplifying Indigenous voices, respecting Indigenous knowledge and affirming Indigenous rights.

In January 2021, LWF and the Lake Winnipeg Indigenous Collective (LWIC) collaboratively created a reconciliation reading club. Our goal is to equip LWF and LWIC staff with knowledge, terminology and perspectives that will help us integrate actions of reconciliation and antiracism within our professional work and in our personal lives.

The topics, ideas and truths we encounter may be difficult and provoke uncomfortable feelings. Having honest conversations about the impacts of colonialism and racism are not easy, but they are incredibly important.

As we read new books, we will be sharing our reflections on our website, as well as in our newsletters and through e-updates. We invite you to join us on this learning journey.

How to be an Antiracist by Ibram X. Kendi ​

LWF’s most recent reconciliation reading club book pick was How to be an Antiracist by Ibram X. Kendi, a professor of history and international relations and the founding director of the Antiracist Research and Policy Center at American University.

Our club chose this book to help us understand both personal and structural mechanisms of racism, integrating the lessons we learned from previous books on Indigenous issues and perspectives.

Kendi explains that claiming a policy, idea or behaviour is “not racist” is a myth – in a racist society, if we are not actively dismantling racism, we are maintaining the racist status quo. Policies, ideas and behaviours can therefore only be “racist” or “antiracist.”

I appreciate that throughout the book, Kendi opts for plain-language definitions and explanations. He foregoes using the terms “institutional racism” or “systemic racism,” which can give the idea that those forms of racism are too big and complex to do anything about. Instead, he opts for a more concrete, actionable term: “racist policies.”

Each chapter of the book addresses a different sphere of racism within society. Kendi’s dynamic understanding of racism helped me understand racism and antiracism, while also recognizing that these labels are not static – the labels can change as the idea, policy and/or behaviour changes.

Kendi’s academic writing style is interwoven with personal stories to create a book that reads like a memoir, tracking the development of Kendi’s own journey from racist to antiracist. Kendi is honest about his own experiences and history. As a black man, he has been targeted by racism and directly experienced its many negative effects, but he has also supported racist ideas and perpetuated racism.

His honesty compelled me to look internally, as well, to examine racist ideas that I’ve held and begin to develop alternative antiracist ideas, policies and behaviours.

For example, chronic delays to upgrades to the City of Winnipeg’s wastewater infrastructure have resulted in excess phosphorus flowing downstream to Lake Winnipeg. When I consider how this impacts the well-being of Indigenous communities that live around the lake and have taken care of it for thousands of years, it’s clear that that cheap and convenient waste disposal in Winnipeg is widely considered more important than Indigenous health and livelihoods downstream. This racist idea supports and enables racist policies – like the provincial government’s reluctance to enforce environmental regulations which could lead to greater equity between citizens of Winnipeg and Indigenous peoples living around Lake Winnipeg.

Kendi’s book is not the first time I’ve heard of racist policies. I have heard Indigenous peoples talk about environmental racism before, which is essentially racist environmental policy and ideas. Reflecting on the realms of racism discussed in the book – for example: space, gender, sexuality, colour and class – had me thinking about how there could be an entire chapter on the intersection of the environment and racism. I can already see how having these definitions and conceptual framework will help me more clearly identify racist ideas and policies in the realms in which I work and live.

One of my biggest takeaways from Kendi’s book is that, while racism can occur knowingly or unknowingly, being antiracist is an intentional decision – and one that takes work. I’m glad the team at LWF is thinking about and planning to actively work in antiracist ways.

Staff reflections on other books can be found on our Reconciliation Reading Club web page.