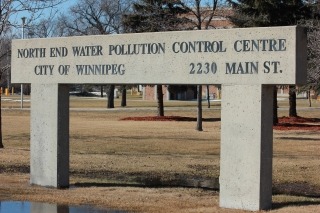 Two significant decisions were made on Sept. 26 at City Hall related to Winnipeg sewage, the single largest point source of phosphorus contributing to the growth of algae blooms on Lake Winnipeg.

This motion was brought forward by Coun. Klein, who requested a suspension of the rules to have the issue brought to council for debate. His motion was defeated by a vote of nine to seven, with all Executive Policy Committee (EPC) councillors, including the mayor and deputy mayor, voting against it.

Council then voted to refer the motion to the Standing Committee on Water and Waste, Riverbank Management and the Environment for consideration at its next meeting, scheduled to take place on Oct. 3. Following procedure, this means the motion will have to pass through EPC again before coming to City Council’s October meeting.

Fully upgrading the NEWPCC is a significant capital project that is estimated to cost $1.8 billion to complete. This project has been broken down into three phases. Phase 1 focuses on the plant’s power supply and headworks; $408 million was approved in the city’s 2017 budget for this work, which has not yet begun. Phase 2 focuses on improving biosolids facilities to more effectively manage sludge, which is produced as a by-product of wastewater treatment; this phase is projected to cost $553 million.

These upgrades are necessary to maintain the NEWPCC in good working order. And, given the costs involved, it makes sense for the city to pursue funding from other levels of government.

However, it’s important to note that Phases 1 and 2 of the full NEWPCC upgrade will not reduce phosphorus loading to Lake Winnipeg. Phosphorus reduction is Phase 3 of the overall project. The City has not provided a clear timeline for this phase’s completion, although a recent report suggested it will not be in place before 2035.

Completely overhauling the NEWPCC is a long-term solution. Until full plant upgrades are completed, we will continue to advocate for the immediate implementation of interim phosphorus-removal measures.

What’s next and how you can help

For more than a year, LWF and our partners at the Institute for Sustainable Development have been recommending an interim retrofit to the NEWPCC. This sewage treatment plant is Winnipeg’s largest. Currently, it releases, on average, over three times the 1 mg/L phosphorus limit required by its provincial operating licence, which is set to take effect on Dec. 31, 2019.

In recognition that it is no longer possible to meet the licence deadline, Manitoba Sustainable Development recently requested the city submit a revised plan for NEWPCC upgrades, including a timeline for completion and interim phosphorus-removal options in advance of full plant upgrades.

Officials from Winnipeg’s Water and Waste department responded on July 31, asking for a two-year extension to develop a plan. You can read the city’s submission here.

Join us in speaking out for our lake.

The city’s submission is now under review by the provincial regulator, which must decide whether or not to grant its request, or whether to attach conditions to any licence extension; for example, the immediate implementation of phosphorus-removal measures.

Contact your MLA. Remind them that, as the provincial regulator, they have a responsibility to ensure the City of Winnipeg addresses the NEWPCC’s impact on Lake Winnipeg.