Making our mark on water 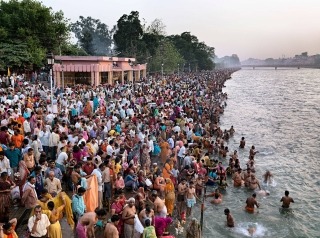 The Lake Winnipeg Foundation is excited to announce our sponsorship of the award-winning documentary film Watermark at this summer’s Gimli Film Festival.

The film is a diverse collection of images and stories from around the world that examine the deep relationships that humans have with water. The stories span from floating farms off China’s Fujian coast to the Colorado River’s desert delta to the Stikine River watershed in northern British Columbia.

“We hope Watermark will inspire people to think about their relationship to the water they interact with – especially Lake Winnipeg,” says Marlo Campbell, LWF`s communications director. “We are especially excited to be showing a film about water in a lakeside town.”

For many reasons, including the Global Nature Fund’s designation of Lake Winnipeg as the most threatened lake of 2013, the film’s presence at this festival is timely. LWF will also be marking water stations at the film festival with messages about our watershed and our connection to water.

Watermark will be screened at 8:00 p.m at the Lady of the Lake Theatre and at 9:15 at The Aspire Theatre on Thursday, July 24. The Gimli Film Festival runs from July 23 to 27, and hosts a variety of local, Canadian, and global films around the lakeside town.