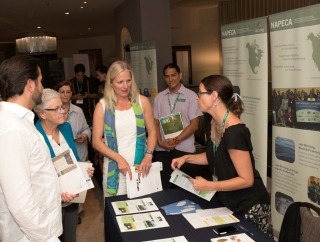 In 2014 LWF embarked on a new initiative that sought to add a crucial but marginalized voice to the Lake Winnipeg conversation. Through generous funding from the North American Partnership for Environmental Community Action (NAPECA), a grant program of the Commission for Environmental Cooperation (CEC), LWF began a relationship-building project with First Nation partners who live around Lake Winnipeg.

After an initial gathering of First Nations in fall 2014, the Lake Winnipeg Indigenous Collective (LWIC) was established. This collective brings together leaders and community members from multiple First Nations to share concerns, develop projects and work collectively to support each other when representing Indigenous concerns at the table of decision-makers. LWF has been providing administrative support to LWIC over the past two years – a busy time filled with gatherings, phone calls, community tours, trust-building and visioning – and will continue to provide support as LWIC evolves and grows.

Recently, LWF was invited to attend the annual CEC gathering to display the results of the learnings of this project. The CEC was established to implement the North American Agreement on Environmental Cooperation, the environmental side accord to the North American Free Trade Agreement. Formed in 1994, the commission brings together the governments of Canada, United States and Mexico to address environmental issues of continental concern.

LWF staffer Kirsten had the honour of representing LWF and LWIC at this gathering, held earlier this month in Merida, Yucatan, Mexico. While there, she presented the results of the project to Canada’s Minister of Environment and Climate Change Catherine McKenna, United States Environmental Protection Agency Administrator Gina McCarthy and Mexico’s Secretary of Environment and Natural Resources Rafael Pacchiano Alamán. Minister McKenna was especially interested in this project’s focus on collaboration for environmental sustainability! 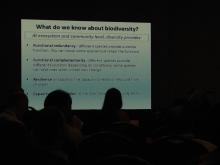 Kirsten also had the opportunity to connect with politicians, ENGO workers, scientists and advocates from across North America, attend several presentations on the link between biodiversity and climate change, and participate in a Canada working-group discussion about the role of youth in environmental adaptation solutions.

The learnings of cross-cultural projects have strengthened LWF’s approach to Lake Winnipeg management and conservation. We have met incredible leaders who have helped us understand the intrinsic link between environmental concerns and social realities. We now have relationships that will allow us to consider not just the importance of western science, but also the vast wealth that lies in traditional ecological knowledge.

Having the opportunity to highlight the work of LWIC and the challenging but important nature of relationship-building at the CEC conference was exciting. We met some amazing people who are doing important work in their communities, and we were able to bring the issues of Lake Winnipeg, cultural co-operation and a new vision for moving forward to the international stage.