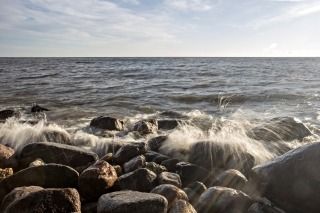 In the lead-up to Canada’s election, we wanted to learn more about how federal parties and candidates plan to address the challenges facing Lake Winnipeg.

We sent four questions – focused on solutions for Lake Winnipeg – to all Manitoba candidates representing the four federal parties running a full slate. We also contacted each party’s national headquarters.

Canada currently has an $88 billion water infrastructure deficit (Our Living Waters Call to Action for the Next Government of Canada). Increasingly frequent extreme weather events caused by a changing climate are introducing additional uncertainties and costs. The City of Winnipeg’s North End Water Pollution Control Centre, immediately upstream of Lake Winnipeg, is the fourth-largest phosphorus polluter among all wastewater treatment facilities in Canada (National Pollutant Release Inventory, Environment Canada) and costs for much-needed upgrades continue to rise. How will your party address Canada’s water infrastructure deficit to protect our fresh water in the context of a changing climate?

Across the vast prairie landscape that drains into Lake Winnipeg, approximately 17.5 hectares of wetland habitat are destroyed every day (Ducks Unlimited Canada). Without these natural ecosystems to act as filters for melt and storm water, excess nutrients continue to flow unchecked into Lake Winnipeg, causing harmful algae blooms. Wetland destruction also exacerbates drought and flooding at enormous cost. In 2011 alone, flood-related costs in Manitoba exceeded $1.2 billion (Manitoba 2011 Flood Review Task Force Report). A strong, coordinated approach to wetland protection is necessary in the Prairie provinces. With the health of Lake Winnipeg at stake, time is of the essence; leadership is critical in the next four years. How will your party ensure wetland protection is in place by 2019?

The current federal investment in Lake Winnipeg is $18 million over five years, $7.4 million of which was administered through the Lake Winnipeg Basin Stewardship Fund (Lake Winnipeg Basin Initiative, Environment Canada). This funding is insufficient, as evidenced by the fact that the fund – intended to last until 2017 – ran out of money in early 2015. How much more will your party invest in new research and coordinated regional solutions to address the root causes of harmful algae blooms in Lake Winnipeg?

Where do our future federal leaders stand on Lake Winnipeg?

To help you make an informed decision on Oct. 19, we’re now sharing what we learned.

Below, we’ve listed the names of all candidates we contacted. Those in bold responded to our questions. We did not edit any responses and are sharing what we received in the format in which we received it.

Click on a bolded name to read the candidate’s response.

No response from your candidate?

Feel free to use our questions to reach out to those running in your riding. (If you get a response, let us know!)

Want to learn more about what Canada’s political parties are saying about Lake Winnipeg and fresh water? Follow the links below.