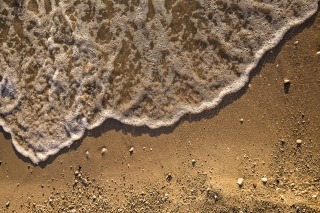 On March 22, the government of Canada released its 2017 budget, outlining federal priorities for the coming year. We’ve reviewed the plan to figure out what it means for fresh water and for Lake Winnipeg.

What we know so far:

Investments in freshwater protection generally and Lake Winnipeg specifically are mentioned on P. 125 of Budget 2017, which focused on “addressing the persistent and growing threat of aquatic invasive species and toxic and nuisance algae.”

Proposed funding is being provided to two federal departments:

Other commitments made in Budget 2017, including investments in wastewater infrastructure, environmental stewardship of Indigenous lands, and measures to deal with disasters such as flooding, could also result in improved local water quality.

Of that $36 million, approximately $7.8 million was available as project funding to community groups, university researchers, conservation districts, environmental NGOs and other organizations working on water issues across Lake Winnipeg’s vast watershed. Here in Manitoba, organizations such as the Lake Winnipeg Research Consortium, the Lake Winnipeg Basin Information Network and LWF benefitted from this funding.

Questions we will be asking:

What remains unclear is how much of the spending proposed in Budget 2017 will be invested in solutions for Lake Winnipeg. We are encouraged to see clean fresh water acknowledged as a priority by the federal government but recognize that Lake Winnipeg is not the only Canadian freshwater ecosystem in need of investment.

The United States government recently proposed the elimination of all federal funding for its Great Lakes Restoration Initiative, created in 2010 to reduce harmful algae blooms and address aquatic invasive species. With a budget of approximately $300 million (US) each year, this cut is significant. State and local governments in the U.S. are now expected to shoulder full responsibility for the Great Lakes. The ramifications of this change here in Canada are not yet known, and we will be talking with our Great Lakes partners to learn more.

We also recognize that the federal government needs to invest in its own capacity; when it comes to protecting water, other governments and stakeholder groups can’t do it alone. Federal leadership is crucial – and successful federal leadership requires robust, well-staffed programs within the federal departments responsible for water.

In the coming months, we will be digging into the details of Budget 2017 to find answers to the following questions:

We remain committed to bringing the collective voice of our supporters to the tables of decision-makers, using the Lake Winnipeg Health Plan to advocate for evidence-based solutions to reduce phosphorus loading.

To read some of our recent policy submissions, visit our “For Citizens” page. Budget 2017 and other supporting documents are available here.