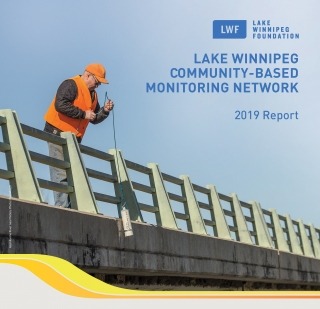 Phosphorus is the nutrient responsible for blue-green algae blooms on Lake Winnipeg and other lakes across the province. LWCBMN water samples are collected using scientific protocols, then analyzed by LWF staff in a lab to measure phosphorus concentration. This information is used to identify phosphorus hotspots – localized areas that contribute higher amounts of phosphorus to waterways than other areas. Targeting remedial action in hotspots will reduce the amount of phosphorus entering Manitoba’s lakes and rivers, and improve the health of Lake Winnipeg.

Phosphorus hotspots were once again identified in 2019. Their locations were consistent with hotspots observed in 2016 and 2017, highlighting the value of long-term monitoring. By identifying spatial patterns that persist over multiple years despite interannual variation in precipitation, LWCBMN helps focus on-the-ground efforts to manage phosphorus and improve Lake Winnipeg’s water quality.

A notable difference between 2019 and previous years was the timing of phosphorus loading. Unprecedented wet fall conditions led to significant late-season runoff in 2019; previously, the majority of phosphorus loading occurred during the spring snow melt. Short-lived, intense storms are expected to become more frequent as a result of climate change. Coupled with spring snowmelt, this is likely to increase phosphorus loading in southern Manitoba.

“Decades of research have demonstrated that we must focus on phosphorus to control algae on Lake Winnipeg,” says Alexis Kanu, LWF Executive Director. “LWCBMN brings together the grassroots passion of citizen volunteers, the expertise of scientists and the on-the-ground experience of watershed professionals. Together, we are producing the credible phosphorus data we need to inform policy and projects that will make a difference for our lake.”

LWCBMN’s field season begins when the snow melts. This year, spring in Manitoba coincided with the arrival of the COVID-19 pandemic.

“The health of our volunteers and partners comes first,” says Chelsea Lobson, LWF’s Community-Based Monitoring Program Manager. “We’re doing what we can to ensure data continuity but safety remains our first priority. This will not be a typical sampling season, and that’s OK.”

LWCBMN’s citizen scientists live, work or commute near their sampling sites, and many are keen to get outside and remain active, especially during this time of physical distancing and self-isolation. LWCBMN sampling protocols have been adapted for the 2020 field season to protect volunteers and comply with all public health recommendations. 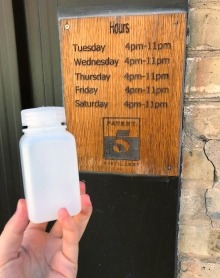 In order to minimize physical contact, sampling equipment was not distributed to volunteers. Instead, interested volunteers may assemble their own sampling kits using plastic drinking-water bottles. LWCBMN sampling bottles which usually would be assembled into kits were instead donated to Patent 5, a Winnipeg-based distillery whose current operations have shifted to producing hand sanitizer for free distribution to vulnerable populations. LWF will continue to monitor current public health information from credible sources, consult with its science advisors and adapt LWCBMN activities as needed.

“The strength of this network has always been its people,” Lobson continues. “I’m privileged to work with such a passionate group of volunteers and watershed professionals. We may be spread out across the province, but our network is a community – and our community spirit remains strong. We’re staying apart but working together towards a common goal.”

LWF is committed to sharing LWCBMN data in an open, accessible way. The 2019 network report is available online, as are regional reports featuring site-specific data. LWCBMN data are also available at Lake Winnipeg DataStream, an open-access portal for water-quality data that includes searchable maps and other data visualization tools.