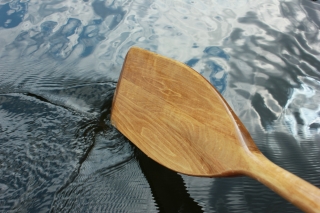 Each year, concerned lake-lovers from all walks of life organize their own fundraising events in support of a healthy Lake Winnipeg.

Check our online calendar to stay in the know about events happening in your community!

Please consider joining these passionate people in their efforts — or organize your own activity! (Not sure where to start? Contact us for assistance.)

Below, you'll find just some of the creative ways lake-lovers have used their talents to support LWF over the years.

“A drop in the Bucket” Rain Barrel Sale
After spending the entire 2015/16 school year learning about water, the young water champions at Strathmillan Elementary School put their education into action by organizing a rain barrel sale in support of LWF and a healthy Lake Winnipeg.

Barn Raising Night
Winnipeg brewery Barn Hammer Brewing Company chose LWF to be the inaugural recipient of its now-monthly Barn Raising Charitable Initiative, in which partial proceeds from all glasses of beer and growler fills sold in its taproom on a selected day are donated to a local charity.

Beats on the Beach
The good folks at Saffies General Store have generously supported us over the years in many creative ways. In 2016, they outdid themselves by hosting an amazing live concert and a delicious (and competitive!) community pie auction!

For the Sake of the Lake
Winnipeg high-school student Marcus Matheson supported solutions for Lake Winnipeg by creating and selling unique art pieces, planters and home décor items – most of which were made from recycled/upcycled materials!

Facing Impedimenta
Inspired by “the beauty and the tragedy” of Lake Winnipeg, Winnipeg Beach visual artist Gayle Halliwell accepted donations for LWF over the course this 2016 exhibit’s run at Winnipeg’s Cre8ery Gallery, as well as during a subsequent exhibit in Selkirk.

Heal the Lake Kids
Siblings Milo and Cohen and their cousin Breann spend their summers at Grand Marais and Grand Beach. In 2016, they formed a club called Heal the Lake Kids and began taking action, making and selling their own natural weed killer, bug spray and other lake-friendly products, and donate 50% of all profits raised to LWF!

High Tides Music Video
A group of talented students from St. John’s-Ravenscourt School wrote and recorded a song, and created their own music video which they posted to YouTube in 2014 to raise funds for LWF!

Luckygirl Winter Pop Up Shop
This creative group hosted their popular winter sale in Winnipeg’s Exchange District in 2015 – and donated a portion of all admission collected over two days to LWF! Thank you so much to everyone involved with this event!

SUP Beaches Mind, Body Surf & more!
This 2016 Grand Beach event had little something for everyone – from yoga and stand-up paddleboarding to bocci ball and bubble soccer! Equally as great, a portion of all proceeds was donated to LWF!

Timbucks for Lake Winnipeg
Winnipeg orthodontist Dr. Tim Dumore and his team have created a rewards points program called “Timbucks” for young patients who demonstrate proper oral care. Patients have the option of using these points to donate to the Lake Winnipeg Foundation.

Victoria Beach Recycling Pick-up
Brodie Quinton started this enterprising project to clean up Victoria Beach. Teaming up with volunteers and some employees, Brodie’s fleet of bicycles collect recycling from cottagers and donate two-thirds of all money earned through the program to LWF.