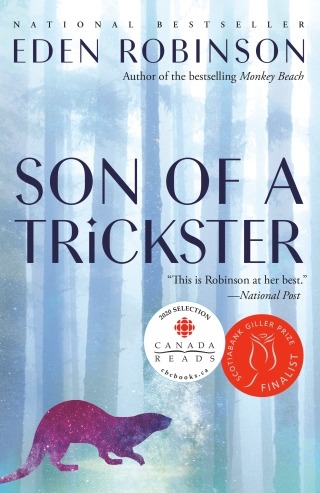 As an environmental organization working in Indigenous territories, and as treaty people, LWF recognizes our obligation to actively practise reconciliation. To us, this work must include amplifying Indigenous voices, respecting Indigenous knowledge and affirming Indigenous rights.

In January 2021, LWF and the Lake Winnipeg Indigenous Collective (LWIC) collaboratively created a reconciliation reading club. Our goal is to equip LWF and LWIC staff with knowledge, terminology and perspectives that will help us integrate actions of reconciliation and antiracism within our professional work and in our personal lives.

The topics, ideas and truths we encounter may be difficult and provoke uncomfortable feelings. Having honest conversations about the impacts of colonialism and racism are not easy, but they are incredibly important.

As we read new books, we will be sharing our reflections on our website, as well as in our newsletters and through e-updates. We invite you to join us on this learning journey.

Son of a Trickster by Eden Robinson

Over the summer, as part of our reconciliation reading club, LWF staff read Son of a Trickster, the first installment of Haisla/Heiltsuk author Eden Robinson’s Trickster trilogy.

I couldn’t put the book down, and promptly added Robinson’s Trickster Drift and Return of the Trickster to my summer reading list. All three books have received high honours on the Canadian literary scene.

I’ll try not to give away any of the plot twists in books two and three, but I have to provide you with a SPOILER ALERT: it’s possible to uncover some valuable truths in this trilogy if you know what to look for.

Son of a Trickster is the story of Jared Martin, a Heiltsuk teen in Kitimat, B.C., who’s just trying to make it through Grade 10. Dealing with his parents’ divorce, his mom Maggie’s party lifestyle and his dog Baby’s death isn’t making life any easier.

For the first half of the book, I wrestled with the uncomfortable feeling that Robinson’s narrative was playing a little too neatly into harmful Canadian stereotypes about Indigenous people: Maggie’s binge-drinking, Jared’s dad’s unemployment and Jared’s own side-gig dealing pot.

But Jared’s genuine care for others is steadily apparent – while cleaning up after his mom, he’s also looking after his elderly neighbor with dementia, staying in touch with his Nana Sophia despite all the family drama and making sure his dad’s debilitating workplace injury doesn’t leave him homeless.

Then, what started out as a series of strange coincidences and apparently drug-induced hallucinations coalesces into something much more sinister: malevolent magic.

It turns out that three generations of Jared’s family are engaged in a timeless battle with otherworldly forces bent on consuming them – and it’s only by the strength of their own magical powers and family bonds that they are holding the destructive forces at bay. I know – that’s a lot to take in. But stick with me, here – and be sure to read the books for yourself, as Robinson does a masterful job of unfurling this new magical reality for her readers.

In turn, our job as readers is to replace Sophia, Maggie and Jared’s metaphorical magical battles with the very real multi-generational trauma of Canada’s Indian Residential School System, deliberately designed to displace and dispossess Indigenous peoples.

Robinson asks us to take this revelation a step further, providing non-Indigenous readers with space to examine the stereotypes we too easily fall prey to, and to reflect on how our perceptions of Indigenous peoples’ resilience, strength and general kick-ass superpowers change as we watch them fighting for survival against sinister supernatural spirits.

Once the magic is revealed, there is no space for the dismissive pity with which Canadians too often respond to Indigenous people experiencing the multi-generational effects of residential schools. We are too in awe of the horrific battles they have managed to fight and win, too impressed by how powerfully they persist through strange hostile realms bent on their destruction.

Eden Robinson pushes aside our stereotypes, our pity and our disdain through the sheer force of her Trickster series, opening our eyes to the most important superpower that Jared, his mother and his grandmothers possess: the unassailable, death-defying force of love in Indigenous families and communities.

Staff reflections on other books can be found on our Reconciliation Reading Club web page.